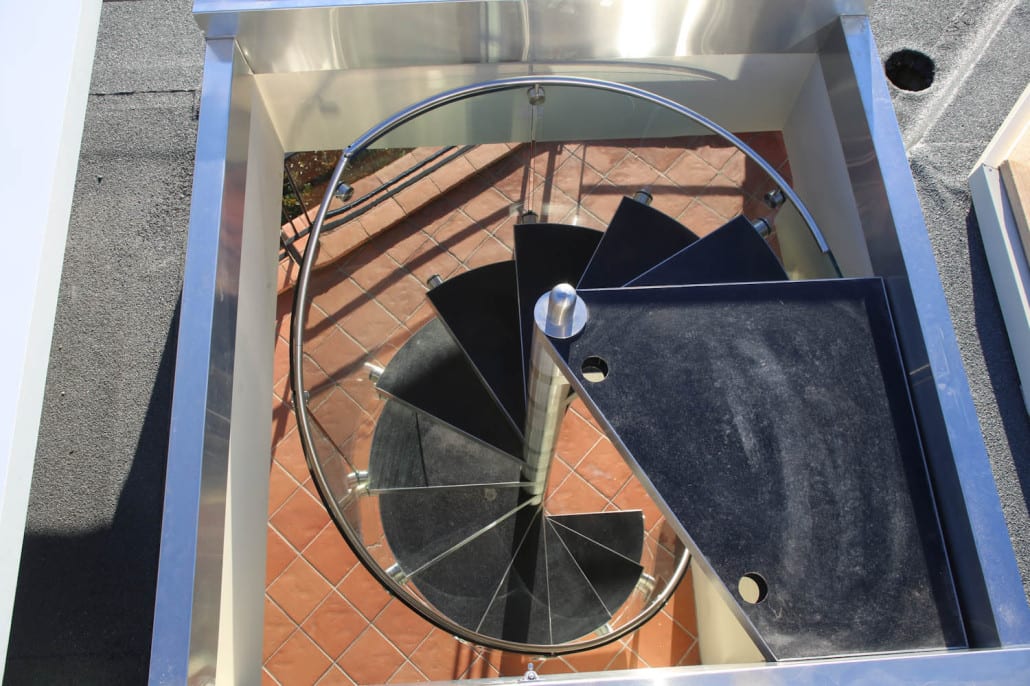 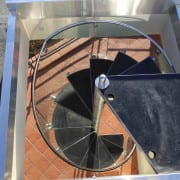 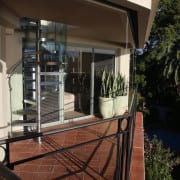 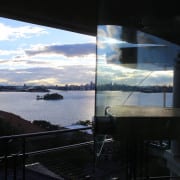 This is a great story of a problem being turned into an opportunity. When Andrew Casey’s leaky ceiling in history floor of his apartment in Potts Point resulted in the entire roof needed to be realised Andrew saw an opportunity. Andrew rebuilt the rook with a  roof deck on to of it. The roof deck was pretty much equivalent in size to apartment below and afforded spectacular views of Sydney Harbour and the city, the vista spreads from Fort Denison past the Sydney Harbour Bridge, The Opera House and the city onto Woolloomooloo.

The only problem, how go link to two living spaces without affecting views from the apartment below. A further challenge that planing restrictions stated that the structure on the roof deck could not extend beyond 1 meter high which prevented a roof being placed over a staircase to weatherproof the stairwell.

enzie’s suggestion was to tuck a small spiral staircase in the corner on the balcony below. A 1300 size was considered comfortable enough due to enzie’s deep generous treads and secure design. The Lucinda balustrade with a thin Universal tread were used in order to not impact on the views from the bedroom below. It was also chosen for the safety of a solid wrap balustrade acting as reassurance and security for the wide range of people who would be using the stair to access parties and functions on the roof deck.

The Balustrade and handrail were truncated so that a weatherproof hatch could slide over the staircase in lieu of building and enclosure above the stairwell. This met with planing restrictions and provided security and weatherproofing to the balcony below.

The spiral stair was made from 316 stainless and was supplied with anti-skid Comcork tread pads. This combination was selected for it’s low maintenance requirements in a harsh environment, it’s safety and it ascetic appeal.

The end result is magnificent. The impact on the spiral stair on the lower balcony only servers to enhance the space a surprising benefit are the reflections of the Harbour and Sydney city which are captured in the curved glass balustrade of the spiral staircase.

What’s more the project reminds us all of the benefit of looking at a problem as an opportunity waiting to be designed. 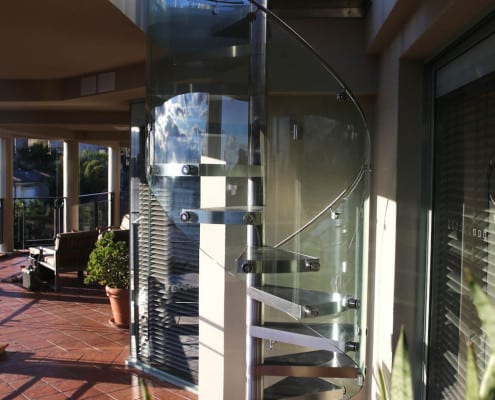 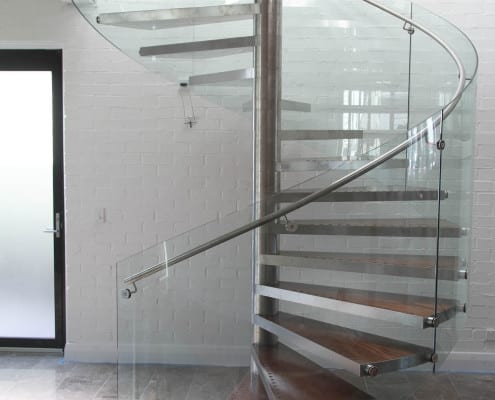