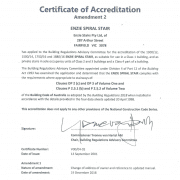 Today, July 24th 2019 we received an updated copy of our Certificate Of Accreditation demonstrating enzie’s compliance with the 2018 National Construction Code of Australia (NCC). The updated certificate was warmly received by enzie as the last update was nearly 20 years ago. The reissuing of the certificate got us all reflecting on the compliance question around building spiral stairs in Australia.

One of the most common objections that we come across when spiral stair are proposed is “arn’t they illegal?”. Sometimes the statement is more definitive that that, it’ not uncommon to have someone tell you  “they are illegal”, and the closer you get to the North Shore of Sydney, the more frequent that you hear this kind of statement. Of course enzie isn’t selling an illegal product. All well designed spiral stairs comply with the building code. As the industry leader enzie was involved with the drafting of the then BCA in 1996. The “Deem to satisfy” section of the BCA on spiral stairs was in large parts based on enzie’s Data-sheets at the time.

The reason why some people, especially in Sydney, think spiral stairs are illegal goes back a long way. There is a comprehensive history on the Building codes in Australia on the ABCD website. In short in the early 20th century the trying to navigate the various codes was an exercise fraught with challenges. In the 1950’s States and Territories started to establish more uniform technical building requirements. However, States and Territories delegated their primary responsibilities to municipal councils.  This resulted is rules based on local needs, or wants which meant in some area’s Spiral Stairs were deemed as non compliant. Sadly a result of this was people putting stairs in regardless and with no eye to complying to any rules they built stairs that were steep, uncomfortable and in some cases dangerous.

By the In the 1990’s things started to change. A National approach was needed. The ABCB was established to draft a new national code. Unlike previous codes this one was nation and performance based.

What is a Performance Based Code?

In short a performance based code sets out to meet certain measurable or predictable performance requirements, such as energy efficiency, without a prescriptive method by which to attain certain specific requirements. This is in contrast to previous prescribed building codes, which mandate specific construction practises, such as timber batten size, distance between them and number of screws required to secure them. This flexible approach provides the ability to develop tools and methods to evaluate the entire life cycle of the building process, from the design, to procurement, through construction and the evaluation of results. It is an inherently more flexible system that can stay up to date without the need to rewrite the code as new technology and techniques become available.

But how do I know if a certain product complies?

Introducing the “Deem To Satisfy” (DTS). The Building code does still have a prescriptive component to it called the”Deem To Satisfy”. The  DTS is a  set recipe of what, when and how to do something. The DTS outlines, materials, components, design factors, and construction methods that, if used, are deemed to meet the Performance Requirements.

How does the enzie spiral staircase comply?

Most of enzie’s design meet the “Deem To Satisfy” section of the NCCS.  IN addition all of enzie stairs have been assessed by the Building Regulations Advisory Committee and are deemed to comply with the NCCS. This certificate is a handy tool to be used to quickly demonstrate compliance. It’s a quick and easy tool to counter someone who confidently tells you that “they’re illegal!” 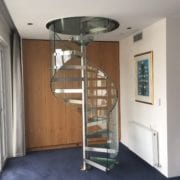 Spiral Stairs are considered a great saver of the physical space in a room. With diameters starting at 1070mm there is no smaller permeant safe access stairs available on the market.  But what about their visual impact on room? What do we mean by visual impact on the size of the room?

For the purpose of this article lets define what we mean by “visual impact on the size of the room”. Your stair can be designed with differing level of transparency. You can adjust the transparency depending on  how much you want to impact upon the room. In small rooms it is desirable to have a very transparent stair which helps gives the room the appearance of being bigger.

By considering up the stair design, materials colours you can completely transform how that stair will perform.  There is a lot to consider with the layout of your stair so we alway suggest you consult with an expert. That said, we offer some tips below with regards to designing a staircase that is right for you and your home 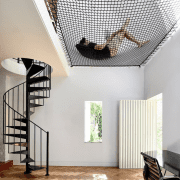 The Classic series of stairs is great for this with is tapered tread and lightweight thin balusters and handrail. You can increate the transparency further by choosing darker colours or perforated steel treads. 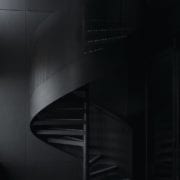 An alternative to the transparent stairs that might be preferable in smaller rooms you might prefer to make a bigger visual impact by installing a more solid looking stair. The Universal Series of stair is built which a thicker tread than the classic Series. It can be matched with a solid Balustrade an a heavier handrail for a more substantial  looking stair. 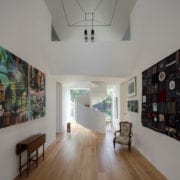 The Z-Tread takes it one step further by incorporating a solid tread and riser. This makes seeing though the staircase impossible. This stair is great for large rooms or for where the staircase needs to act as a visual barrier 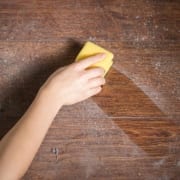 Incorporating elements of timber into your spiral staircase design is a popular way to add an element of authentic and warmth to the design.  It’s easy to understand why people love timber stairs: they add warmth, don’t harbour dust and dirt, are softer underfoot than steel and a great job hiding dust and dirt.  Whilst over time timber stair will occasionally scratch or mark, the affect is gentle and is often to their patina, giving them a well loved lived-in appeal.

In order to get maximum life out of your timber treads you will require some care and maintenance.  There are some natural enemies of Timber treads on stairs which should be avoided”

Cleaning is easier, most of the time a light dust is all that’s is required. This is important to regularly remove build up that could cause scratches. A soft-bristled broom, vacuum or electrostatic mop are your best options. The standard enzie finish on our treads is a water based polyurethane. This finish can be cleaned with a damp mop when required. As they always say it’s best to test the cleaning product on a discrete part of the timber staircase before applying. When using the mop be sure to wring out your mop well. Also pay attention not leave pools of water behind that might cause the timber to warp.

With regular maintenance your timber staircase well you will give you years of service and will only improve with age. 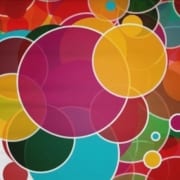 The starting point for any spiral staircase design is establishing the ideal size for the application. Sometimes this size is dictated by the fixed dimensions of an existing opening. For example you might have an existing  opening that is 1300mm x 1500 mm. In which case, as a rule, the smaller of the two dimensions will be the one that dictates the size of the staircase that you can install. In that example an enzie 1300 spiral staircase would be the openly option

Other times, the planning allows for the size of the staircase to be considered before anything is built that might restrict options.  As with most things the best corse of action is to speak to an expert, our obligation advisory line on 1800 035 078 is available to discuss your specific requirements. However general rules around considering which size stair to install, please note that these rules a apply to Spiral Staircases and not the larger Helical Stairs

enzie spiral stairs are available isn 5 standard diameters 1300mm, 1500mm, 1750mm, 1880mm and 2000mm. They are available is custom sizes from 1070mm up to 2600m. Stair 1600mm or smaller are considered “Small Spiral Stairs” and have higher than usual riser heights which allow deeper treads that would otherwise be allowed.  Stairs larger than 1600mm have tractional riser higher and easier to navigate when carrying things up and down.

Small spiral stairs are absolutely fantastic when used appropriately. They allow safe comfortable access whilst taking up an incredibly  small footprint. Think about a staircase only needing 1.3 meter x 1.3 meter opening to fit through, that’s almost ladder size but with the comfort of a staircase. That said if you were to have a 1300 diameter stair as the only access between your living rooms downstairs and 5 bedrooms upstairs then you would start to find it limiting.

Examples where small spiral staircases are a good option

When the space permits a larger spiral staircase is  luxury. Enzie’s standard larder diameters are 1750, 1880 and 2000mm. As general rule you don’t get as much a benefit in comfort going from a 1750 to an 1880 as you do from a 1500 to a 1750. The larger diameter stair benefit from the advantage of having a lower riser height than the smaller stairs without sacrificing headroom or tread depth.

Larger diameter spiral stairs can be used an alternative to traditional wider stairs without sacrificing ergonomics but whilst saving a considerable amount of space. A 2400 diameter stair gives you a tread width of over 1 meter and a tread depth of up to 400mm